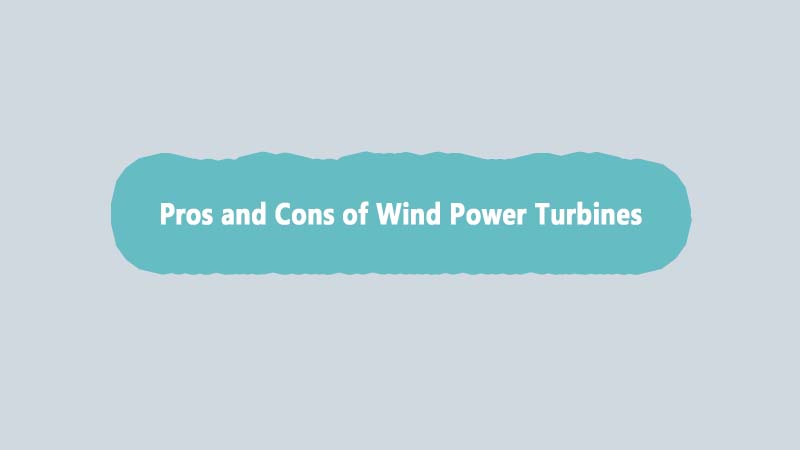 Wind power turbines utilize natural outdoor winds to produce electricity. When the winds blow at a turbine, its large blades spin around a rotor and cause a generator to create electricity. Basically, wind energy is a form of mechanical power that can be converted into electricity by a generator.

Renewable energy is the future of the world. Wind power is one of the fastest-growing renewable energy sources besides solar power. However, some critics state that investments in wind power turbine technology are a waste. They don’t believe wind energy will ever be powerful enough to replace traditional coal energy.

What do you think? Let’s examine the pros and cons of wind power turbines to understand this controversy better.

Wind power turbines are a renewable source of clean energy. It does not produce any greenhouse gas emissions because no oil, coal or natural gas is burned. In fact, no fossil fuels are needed whatsoever. The natural winds of the earth are the primary fuel source of the turbines. Since wind will never run out, turbines can keep generating power forever.

There are minimal operating costs associated with managing wind turbines. Sure, it is expensive to purchase and install wind turbine equipment. However, after the huge upfront expense, the turbines can continue to operate and produce power from the wind for free. The only required maintenance would be site cleaning and repair work if needed.

Wind power turbines consume hundreds of acres of land. However, the land does not have to go to waste. Since the turbines themselves do not have a large base, you can use the surrounding land for farming and other purposes. It would not interfere with the functionality of the turbines at all.

One wind turbine is not enough to generate a sufficient amount of power. That is why wind farms are constructed on hundreds of acres because dozens of large turbines are required to produce a lot of energy. Each turbine is a tall and massive structure, so they need massive land to accommodate them.

Unfortunately, the construction of these farms causes harm to the natural environment and the local habitat of the species living there. Birds have it the worst because they get themselves killed by flying into the turbines’ rotating blades.

Another problem is that wind is not consistent. The weather changes all the time, so you could have a period where there is very little wind outside. Wind turbines depend on high wind speeds to spin the rotors and generate electricity. Without high winds, the rotors will not rotate.

People who live near wind farms will often complain about the noise emitting from the wind turbines as they rotate. The noise can get so loud that people cannot sleep or concentrate on what they’re doing. Developers try to build wind farms away from local residential buildings so their wind turbines do not disturb people. Unfortunately, it does not always work out that way.

The average citizen cannot afford to build a turbine of their own. It would be so much cheaper to upgrade your home to solar power than it would be to upgrade to wind power. Plus, you have to live in a windy region of the world to benefit from wind turbine power technology. Most people do not live in these regions.

On the other hand, who says renewable energy has to be perfect? If wind turbines can generate power for some areas of the world and solar panels can do the same for other regions, then perhaps they can both share the global stage as the most innovative renewable energy sources available. 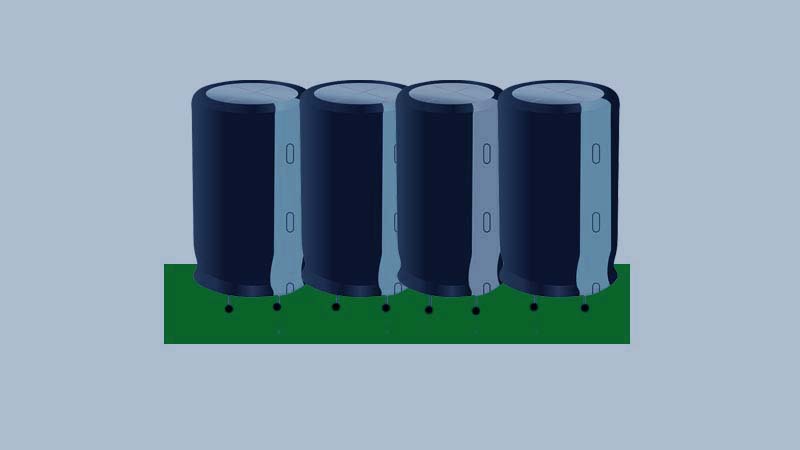 How to Charge Supercapacitor Banks for Energy Storage

How Do Supercapacitors Work?